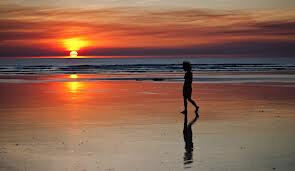 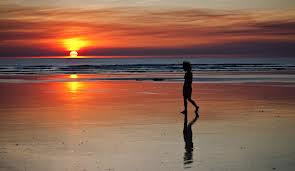 Today I underwent a past life regression. It was something I had always wanted to do, but never felt comfortable doing. I mean, who wants to dig up ugly past lives? But then again, maybe there are some lives that we can be proud of? Whatever did happen in the past is most certainly gone forever, however, the lessons that are burned into our psyche from those past experiences, shine through our present life, either in the form of past talents or karmic reactions to our good and bad deeds.

When my friend Jayadeva took me under, he first introduced me to myself as a boy of around 10 years of age playing on a beach. I was to talk to that young Paul and assure him that he is loved and that I was him in the future, and how he has a lot of exciting things to look forward to in this lifetime. Paul was a very introspective boy, but his father often misunderstood his quietness to be a sign of weakness, and therefore, foolishly projected his own insecurities on his younger son. Paul often felt misunderstood by his father and it pained him. The ridiculing continued up until he turned 17. However, the scars remained for many years later.

I consoled this young Paul and told him to enter my heart, assuring him that he would be loved unconditionally. As we embraced, I bathed this young Paul in a golden sunlight that filled up my heart. It was comforting.

Next, young Paul and I ascended a rainbow riding on a beautiful purple stream of light. As I descended that rainbow and touched the ground, the first impression I got was of a lone figure on a coastal environment, wearing a light coloured robe and living rather simply. In fact, I was apparently living in a cave and had very few possessions. Simplicity and detachment were the main lessons in that life. At one point in the experience, I came upon some special crystal that enhanced my magical practices and allowed me to serve my followers through spiritual guidance. I was an independent spiritual seeker. My life in that incarnation was apparently ended when I fell off a cliff at the age of 78.

In my very next life, it appeared as if I was an Indian woman called Laxmi and I liked to make jasmine flower garlands for the deity Madan Mohan. I had a prominent mole on my left cheek. The happiest time in that life was getting married before the deities to a rather tall man. I died from tuberculosis at the age of 33. As I left that body, the resounding lesson to take away was detachment, however, although I was not afraid of death, I was terribly attached to my young son Gopal and this attachment forced me to take another birth to play out that emotion.

Apparently, I transcended many layers of the material world after this body, and met with sages who instructed me that I had more lessons to learn and therefore would have to incarnate again, but that I should not worry, as the time would go by rather fast and soon I would reach the Lord.

I am not sure if the next vision was a glimpse of my next birth, but I saw myself as a humble peasant in Jordan herding animals. There seemed to be nothing significant about this birth.

Another vision I had was that of a young boy surrounded by horses.

Then as as moved forward in time, I found myself in the womb of my present mother. The message that came to me was that I would learn the lesson of trust and detachment in this life. It seems that through my charity work, I am learning to open my heart and develop much more meaningful connections with people. And through my early life as a monk and many other challenges, I am learning the lesson of detachment.

Jayadeva completed the session by praying to the Lord to help me embrace the good lessons in this life and to let go of anything of no value. I felt refreshed and lighter after coming out of the meditation. My hope is that over the next few weeks I will get greater clarity on all these past experiences so that I can make significant progress and not have to relearn the same old lessons.

God willing that will happen.

How to eliminate kidney stones naturally and easily