Jayapataka Swami talks about the beginning of Food for Life 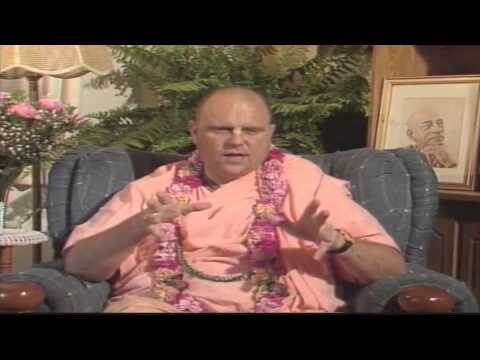 Jayapataka Swami was one of my early inspirations in my service to Food for Life. I wrote him many times through letters and later emails for guidance in the 80s and 90s as a monk, and whenever he saw me he told me, “Please tell me how I can help you.” He loved that I was trying to expand the distribution of prasadam (sanctified food), because he understood its power to create peace and unity in the world and also knew how important it was to his guru and the founder of Food for Life, Srila Prabhupada.
In this short video, he shares the story that started it all — how Srila Prabhupada witnessed poor village children in India fighting with dogs over scraps of food and how from that one incident the idea of a worldwide food relief program was seeded, that now serves up to 3 MILLION meals a day! Yes, that is over 2000 meals a minute or 35 meals ever second. It is truly amazing and it all started in 1974. This is the 40th anniversary of Food for Life and I am so honoured to be part of its growth.
Thanks to people like Jayapataka Swami, who inspired many of us, this program just keeps getting better and better and expanding more and more.
This year I visited a festival in South America and he made a point to tell everyone at the festival just how important Food for Life is. I was so happy to hear that from a man with so much influence over millions of people around the world.
Thank you Jayapataka Swami for your kindness and care.
– Paul Rodney Turner
Director
Food for Life Global
FOOD FOR LIFE, SPIRITUAL

How Can I Master the Mind and Achieve My Goals