Why are bad habits hard to break – and what if those habits are food for your soul? 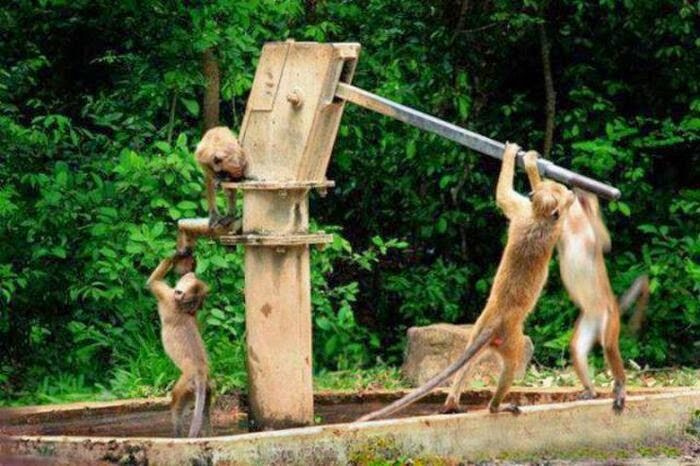 Habits are something we all have. They can haunt us like wicked ghosts hanging on our back, or just be little annoyances like the occasional mosquito on a starry night. Whatever the case may be, they are often not beneficial to hold on to. Especially, when we consider how transient this world is and how frivolous life can be.

Those little habits that we have carried for decades can sometimes bite us where it hurts, and all we can do is slump our shoulders and wonder why we have continued to tolerate them, even though logic and the advice of good friends have repeatedly pointed them out to us. It often seems hopeless.

I have a bad habit or two, but one, in particular, continues to frustrate me. It is not your usual bad habit, but one that in most cases would be considered a noble trait. What is it?

I trust people too easily and often give them more of myself than they rightfully deserve.

Time and time again, I have put too much faith in people and they disappoint me, either by not doing what they said they would do or not living up to my unrealistic expectations. In most cases, the fault lies squarely with me. I simply invested too much in something that was not a certainty.

I can trace the roots of this tendency to my time as a monk. You see, a fundamental part of succeeding as a celibate monk is to cultivate a submissive and humble attitude. To see yourself as the servant of others and to relish in the success and happiness of others, even if that means undergoing austerity to do so. That mental conditioning is hard to break and it still continues to filter into my social and business dealings some 20 years after I gave up my monk vows. 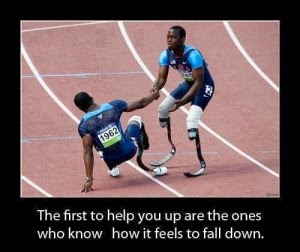 On the surface, the idea of working for the pleasure and success of others is noble and noteworthy, but in a world that has at its very foundation, the need to manipulate and exploit others and things in order to get ahead, there is very little room for such noble traits to breathe. It is no wonder that you hear the pessimist say such things like: “Good people never get ahead,” or “You have to look after number one,” or “Charity begins at home,” alluding to the idea that we have to first look out for ourselves before helping others. There is nothing inherently wrong that that notion. I mean, even when the air stewardess presents the safety instructions before takeoff she says, “first place the oxygen mask over your face before helping others.” Similarly, the oft-quoted maxim: “Physician heal thyself” is another example. You see if you want to really be the change in this world; if you really want to make a difference and leave a legacy, you have to first establish yourself on a secure footing, and if that means financial success, so be it. The problem is that this concept is diametrically opposed to everything I learned as a monk and what I understand to be true of spirituality.

According to the ancient Vedas, the servants of God are always pushing the other servant towards the Lord and this apparently is the source of their ecstasy — seeing the pleasure and success of others. Although I still hold this to be true, it is another thing trying to apply this truth in the material world. Sure, some have succeeded, but I would think that those few are rare exceptions to the “Physician heal thyself” philosophy. For the rest of us, it seems that we have to embrace our material responsibilities and the karma that goes along with that before we can even attempt to be a true “change agent” or shining light in this world.

Sadly, my conditioning as a monk also led me to cultivate a “poverty mentality,” wherein, I would only think of the success of others and shun all forms of material success like you would a deadly disease on the pure soul. I have seen this “poverty mentality” haunt me in my entrepreneurial pursuits wherein I felt that I was not deserving of super success and therefore made certain decisions and embraced certain mental blocks to repel financial success. Similarly, with my charity work with Food for Life Global I have tended to trust others wholeheartedly to do the right thing, investing time and money in them, only to be sadly disappointed by their efforts. Maybe the poor character judgments I made were a result of a kind of “victim mentality” — a variation of the poverty mentality failures tends to identify with.

I can literally count on one hand the people that have really gone out of their way, at no personal benefit to them, to help me with this charity. For fear of hurting the feelings of some, I will not mention their names. But they are very dear to me and I feel eternally indebted to them. That is the kind of friends we all want. Yes? Well, but that then begs the question: If you appreciate such selfless and loving friends, then why reject being such a friend to others? And thus this dilemma takes on another face — helping others with an unconditional heart is good for our spirit and a way to reciprocate the same, but doing so to the wrong person can hurt us financially, emotionally and sometimes even spiritually.

Even the Bhagavad-gita warns about giving in charity to the wrong person. Like foods, charity can also be divided into three basic categories: Goodness, Passion or Ignorance. What is the difference?

BG 17.20: Charity given out of duty, without expectation of return, at the proper time and place, and to a worthy person is considered to be in the mode of goodness.
BG 17.21: But charity performed with the expectation of some return, or with a desire for fruitive results, or in a grudging mood, is said to be charity in the mode of passion.
BG 17.22: And charity performed at an impure place, at an improper time, to unworthy persons, or without proper attention and respect is said to be in the mode of ignorance.

So even in charity or service to others, it behooves one to be conscientious. The bottom line is: If we want to be successful in anything in life, we have to be conscientious; having a clear purpose and doing so with sincerity. We cannot afford to be mentally weak or sentimental. We have to always be true to ourselves and act nobly, while also thinking about the long term effect of our decisions. So before acting hastily, always ask yourself the following questions:

Answering those questions will serve to clarify any major decision in life and should help you to avoid the mistakes often attributed to bad habits.

Our journey through this complicated material world is an ongoing learning cycle of repeated mistakes and stumbles. Hopefully, with the help of the wise sages that came before us, we can make fewer mistakes and more good decisions so that at the time of death we can honestly say to yourself: I tried my best and acted with integrity. Now the result is up to God.

“Success has NOTHING to do with what you gain in life or accomplish for yourself. It’s what you do for others.” 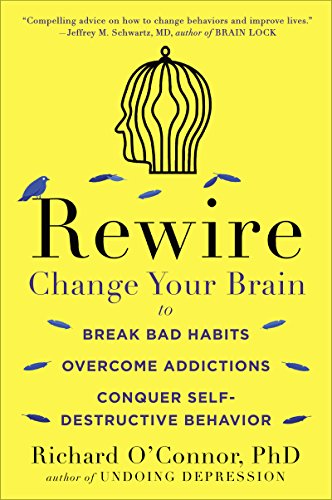 We humans tend to get in our own way time and time again—whether it comes to not speaking up for ourselves, going back to bad romantic partners, dieting for the umpteenth try, or acting on any of a range of bad habits we just can’t seem to shake. In Rewire, renowned psychotherapist Richard O’Connor, PhD, reveals exactly why our bad habits die so hard. We have two brains—one a thoughtful, conscious, deliberative self, and the other an automatic self that makes most of our decisions without our attention. Using new research and knowledge about how the brain works, the book clears a path to lasting, effective change for behaviors that include: