Why are people afraid to donate even one dollar? 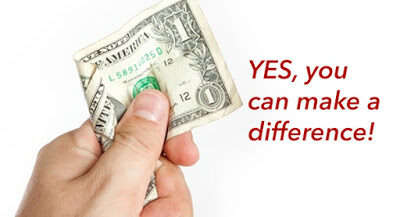 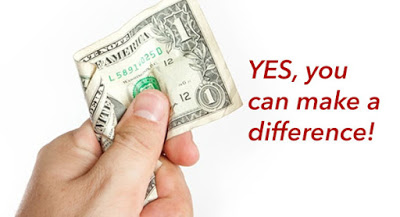 I have been running charities since 1989 when I registered by my first non-profit in Australia, called Hare Krishna Food for Life Hunter Valley. Back then I was a monk and while full of enthusiasm, I had much to learn when it came to donor relations. You can’t just expect people to give without asking them and most people will if you ask them the right way at the right time.

However, something odd has been happening over the last 10 years that has tremendously impacted the non-profit sector — donor fatigue. Interest in supporting poverty, hunger and animal welfare have significantly declined over the last decade according to Google Trends. 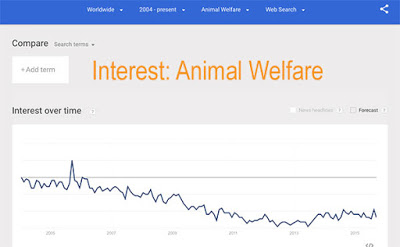 Maybe it’s because there are so many good causes in need these days, and many people find it hard to choose what one is better than the other. Added to this avalanche of good causes you also have an unstable US dollar, an estimated 48 million US citizens on food stamps, an increase in military activity with talk of marshal law, it is no wonder that people are shy to hand over their hard-earned dollars. They have other things on their minds, closer to home.

The gap in income between rich and poor is greater in the United States than in any other developed country. Starting in the 1980s rates have consistently exceeded those of other wealthy nations. Half of the U.S. population lives in poverty or is low-income, according to U.S. census data. According to a survey by the Associated Press, four out of five U.S. adults struggle with joblessness, near-poverty or reliance on welfare for at least parts of their lives.

I can fully empathize with this. With pessimism soaring off the charts, and money so scarce, many people are probably wondering what good will their small donation do in the long run? “I mean $1 is nothing, right?”

Well, when it comes to countries like Colombia, where the peso is currently around 1/3300 the value of the US dollar, and some 30% of the population earn the equivalent of less than $2 a day, even small donations, like $1 can do an amazing amount of good.

However, pride is a funny and thing and when it comes to crowdfunding campaigns where donors and their donation amount are prominently advertized on the site, some people just feel uncomfortable with making such a small donation, and so rather than giving $1, they don’t give at all, but politely decline by saying they can’t afford to give at this time. But honestly, what average person can’t afford to donate $1?

In terms of Food for Life Global‘s spending efficiency, a $1 donation could potentially serve 5 to 7 hot vegan meals in India! Yes, on average, most meals served by Food for Life Global’s affiliate, Food for Life Annamrita cost around 13 cents each. That apparently insignificant $1 can do a hell of a lot of good.

My wife’s charity, Juliana’s Animal Sanctuary, located in Colombia, currently has a crowdfunding campaign with a goal of $25,000. The campaign page has been shared over 700 times and articles by Care2.com (over 1,500 shares), EcoRazzi (60 shares), The Dodo (9,883 shares), and two articles (article 1 and article 2) by One Green Planet (totally 4,300 shares), plus numerous Facebook posts reaching thousands of impressions, would indicate that over 100,000 eyeballs have seen the campaign appeal and video. And yet, only 157 people (as of September 21) have decided to donate.

So my conclusion is that the reason for people not donating is not that they don’t care, or even the usual “donor fatigue,” but simply embarrassment and a gross miscalculation of the value of a $1 donation. I hope by now, however, you understand that this is just not true. $1 does a lot of good. So the next time someone approaches you for change, or a charity asks you to contribute something to their campaign, just do it. Give that one dollar and I assure you it will help tremendously.