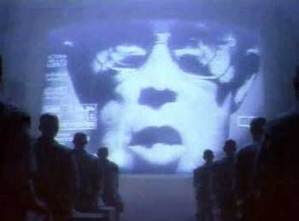 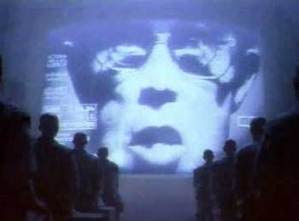 In the Age that we are entering, every person must regain his or her sovereignty, and in so doing become as a Pharaoh. The days of charismatic leaders and saviors are over; no one is going to rescue us from the mess we have created. Each of us must step up to the plate and re-member ourselves, and our sacred purpose for being here on the planet, now.

“Privacy is dead, get over it,” says privacy expert Steven Rambam. In this very long but incredibly illuminating look at modern data-mining, he gives deep insight into the possibilities of privacy invasion through tools that are freely available on the internet. Web sites like myspace, facebook, Monster.com, Amazon and blogger are making it really easy for private investigators like him and “big brother” to know everything about us. With tongue in cheek, he actually thanks Google and the like for making his job so easy!

The sad part about this is that most people simply don’t care. How many of us know that Google reads every one of our emails inside the Gmail application? Maybe most of us, but who really cares? not many. Google tells us that they do this data mining so that they can select the appropriate ad to load inside the application. What they don’t tell you is that once they have our data we have absolutely no right to do anything about it. They can sell it, cross reference it and massage it to their heart’s content to find out exactly who you really are. Cell phones are another gaping gash in our personal privacy veil. When you marry GPS telephony and your cell phone habits, your cell phone essentially becomes you. Not only do data-miners know where you are, but they know what your searching for, buying, reading, who your calling, and who your friends are — all of which help to connect the dots and reveal your “soul.”

To put it bluntly, if you have ever used Myspace, Facebook, Gmail, Twitter, Monster.com, eBay, Skype, Paypal or Yahoo your privacy is toast. I am not sure about you, but I have used all of these web sites, and I think everyone I know has done the same. Don’t believe me? Check this video out and decide for yourself.

So what can we do about it? In terms of hiding or deleting your records from these private and public databases, nothing. By signing up for their services, we essentially sold our soul. Well, not exactly our “soul” but we did sell our physical identity to these corporate vampires. The good news is that we can transcend the mundane layers of ego that keep us bound to this physical realm and seek a higher path of self realization. The bad news is that until the day we are vibrating on the higher planes of conscious awareness and have transcended the mundane urges to eat, sleep, and pay bills, we should care about our freedoms beginning with our basic privacy, because by not caring we are putting ourselves and our family in danger. If you think it is bad now, you’re in for a huge shock. Over the next 2 years things will get worse.

I recently heard from a very reliable source that within 2 years we may not recognize America. The once “Land of the Free” will become the “Land of the dire”. Despite overwhelming public sentiment upon his election, President Obama is not what he appears to be. He is not the “savior”, but like those that came before him, he serves as a puppet to the elite class — the “evil wizards behind the proverbial curtain,” so to speak. The same ruling families that hijacked the US financial system in 1913 with the creation of the Federal Reserve, are still at it today weaving their web of deceit through the media, multinational corporations, and puppet governments. Their agenda is simple: A world government and total control of the masses. 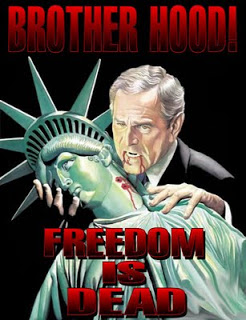 Moving on… Alex Jones comes out with a new documentary called the Fall of the Republic today. I recently viewed his last documentary, The Obama Deception and I must say I was shocked and enraged.

View the trailer of Fall of the Republic

If you’re still reading this and have not already fainted, swore at the screen or punched someone, congratulations, you’re a saint! Seriously, the more I investigate this information the more disgusted I am with our society and how much we have lost our way and enslaved ourselves to the system and the evil hands that rule it. I mean, if you’re thinking of punching someone, you should put yourself in front of the mirror and think about hitting the guy looking back at you. We only have ourself to blame for this mess, because we bought the story those “snake oil peddlers” sold us.

Modern society is a total disgrace — a far cry from the divine life we left when we fell to this physical world. The elite ruling class are laughing at us and according to my source they have stepped up their agenda to gain absolute control. Apparently there will be a big squeeze on the economy pushing inflation through the roof and devaluing the dollar such that Americans will be so poor they will not be able to travel. The truth be told, and it’s an old story, but Gold and Silver are all that we can rely on. Paper money is a scam and soon those Federal Reserve notes will be worthless. There is talk now of a Euro-centric oil trade system and dropping the “greenback” like a pile of turd.

The U.S. media tells us that Iran may be the next target of U.S. aggression. The anticipated excuse is Iran’s alleged nuclear weapons program. However economic reasons may have more to do with U.S. concerns over Iran than any weapons of mass destruction.

Growing speculation over the potential end to dollar-based trading in the oil market may be part of the reason gold prices have rallied beyond $1,020 an ounce to stand near their highest level in 18 months.

And the strength was kept even as several top officials, including Saudi central bank chief Muhammad al-Jasser, denied the report.

Gulf Arab states, along with China, Russia, Japan and France, are planning to put an end to dollar-based trading in the oil market, according to an exclusive report published Tuesday in the U.K. by The Independent.

“News on gold’s expected future role in oil transactions between these trading partners has sent the price past $1,020,” said Peter Spina, chief investment analyst at GoldSeek.com.

We cannot depend on the phony Federal reserve note much longer. By 2012 the dollar will be dead. In 2003 Gold was around $300 and silver was around $6 per ounce. They are the only real currency of value. Buy gold and silver now if you don’t already have it, not for the investment, but simply to have possession of a bonafide form of currency.

The bankers appear to be moving in with their entire program (strategies) all at once, rather than just one at a time. It could be related to the hysteria surrounding the Mayan 2012 “End of the world as we know it” date. Whatever the reasons, it is obvious that things are moving very fast — bills are being passed to take more and more of our freedoms away under the guise of homeland security and public health; the economy is hurting, people are being dumbed down with sport, beer and the McDonalds diet; health care is evaporating, people are getting sicker, and our children are getting poisoned with vaccines. It’s all part of their global agenda to reduce the population, control those left over and bring in a New World Order.

It’s time to wake up and take action. Rise up and use what freedoms you still have to save yourself and your loved ones.

SPIRITUAL EQUALITY IS THE SOLUTION