The Phi of the Maha Mantra 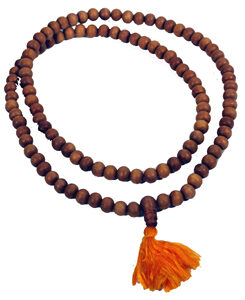 Energy In — Energy Out,
“Forbidden fruit” is what it’s all about,
Cloaked in a Torus — it reveals its heart,
When cut horizontally and two sides set apart.
The apple’s seeds — form a perfect Pent,
Proportionate to Phi or the Golden Measurement,
The signature expression of nature and time,
Efficiency of form for the spirit sublime.
Starting as a “Torus” — we evolve in Phi,
Then express ourselves physically through the number 5,
Five senses, five fingers, and five toes you see,
Our heart resonates to “fiveness” in numerology.
We are “Phi energetics” trapped within a “core”,
A physical prison where karma is the law,
The secret to escape is to resonate once more,
With the magic of Phi within a transcendental score.
Of the five elements: earth, water, fire, air, and sky,
It is sky from where sound makes its entrance into Phi,
That creative force — embalmed in pure sound,
Is essentially what makes the world go round.
And it is this cyclic metaphor that I introduce the Name,
The most transcendental sound of infinite fame,
A garland of beads — a rosary if you will,
Holds the secret to emancipation and ultimate free will.
Reconnecting our hearts to the source of bliss,
An experience so divine we don’t want to miss,
Of all the divine sounds — the great mantra blooms as a rose,
In its purity, potency, and mathematical prose.
32 syllables of 3 Names — Krishna, Rama and Hare,
108 beads forming one complete “rosary”,
The multiplication of which generates a number of Phi,
3,456 transforms all like a butterfly.
Dividing C by 16 rosaries we get a harmonic of the speed of sound,
forming a perfect Phi harmony with 16 completed “rounds,”
And so now we know why — Srila Prabhupada emphatically decreed:
“Chanting Hare Krishna — is validated scientifically.” 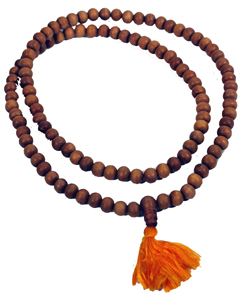 Phi relationship of light to sound to mantra?
The relationship of 108 to Phi was first discovered by Jain 108. For more information on the mysteries of 108 go to The Book of Phi – 108 Codes
“The theory of special relativity explores the consequences of this invariance of C (Speed of Light) with the ASSUMPTION that the laws of physics are the same in all inertial frames of reference.”
“It is generally ASSUMED that fundamental constants such as C have the same value throughout spacetime, meaning that they do not depend on location and do not vary with time. HOWEVER, it has been suggested in various theories that the speed of light MAY have changed over time.” – Wikipedia
Assumed Speed of light = 186282 miles per sec
Syllables in one 108 bead rosary of the maha mantra = 3456
Syllables in 16 rosaries of the maha-mantra = 55296
Speed of light 186282 / 55296 = 3.36881510416 (rounded to 3.37)
The speed of sound in higher atmosphere is given as 0.18694.
When divided by 55296 (16 rounds) = 3.38071, (rounded to 3.38)
However, since there is still some doubt as to the actual speed of light, let’s assume that C is a multiple of (108) or 186624 (which is very close to the assumed speed of 186282). If we divide this number (186624) by 55296 (syllables in 16 rounds of the maha-mantra) we get a very similar number = 3.375 (which could round to 3.37 or 3.38)
Interestingly, the speed of sound varies according to the environment but is fastest in denser environments.
Since there is no real certainty for the speed of light throughout all of spacetime and the Universe functions harmonically, we propose that the actual C (speed of light) could be 186624 miles per second and as a consequence, the optimum speed for sound must be 0.186624 miles per second.
In any case, even without using the 108 multiple numbers for the C, the current estimated speed for light and sound still form a nice harmonic when related to the total number of syllables within 16 rosaries (55296) of the maha-mantra:
Hare Krishna Hare Krishna Krishna Krishna Hare Hare
Hare Rama Hare Rama Rama Rama Hare Hare
* The key point to understand here is that 108 is related to Phi as discovered by  Jain 108
(c) 2011 Priyavrata Das (Paul Rodney Turner)
Taichung, Taiwan, June 27, 2011