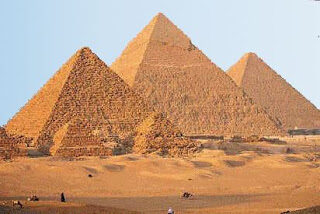 I dreamt of great pyramids last night. These were not your ordinary granite block pyramids, like the ones found in Egypt, but were built with perfectly cut cubes of pink, white and flecked crystal salt. They were spectacular. I was traveling with a group of friends and to our amazement, we were able to drive underneath the largest of these pyramids. The landscape was scattered with them. I called out to my friends, “please take a photo of this.” I was frustrated at myself for not having a camera.

As I related this story to a friend in waking state, she pointed out that the salt pyramids represented a cleansing of the spirit and maybe empowerment. I can still vaguely remember them in my mind’s eye, but I so much wish I could recall them in detail now as I write about this.

Esoterically, the pyramid represents a focusing of spiritual energy. Since the nature of dreaming is a metaphor, it is important to address the symbology shown in our dreams, rather than the apparent outer story. Of late, I have been feeling a shift in consciousness; a greater awareness of my weaknesses and strengths and a clearer understanding of my role in this lifetime. Yes, we all have so many “roles” to play — from that of a parent to friends, to a co-worker, etc, but there is always a central role, a “lead role,” if you will, that will define our entire history on the stage of life. Finding that defining moment or “lead role” seems to be at the heart of everything meaningful in our life. For some, it is the birth of their child and therefore their role as mother or father. For others, it might be more about their role as a motivator or hero, played out in their achieving something noteworthy. For me, it has always been centered around my role as spiritual humanitarian, beginning with my initial role as a monk and cook. 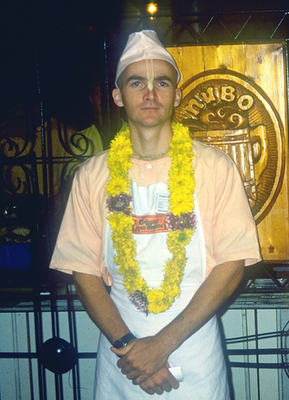 Fast forward nearly 30 years since I took that vow to be a monk and effectively renounce the carnal pleasures of this world, I am finding that my role is now about sharing that experience within the context of my supporting roles as a pure food enthusiast and humanitarian. It is no surprise therefore that my lead role appears to be that of the “food yogi.”

So what does a food yogi have to do with salt pyramids? Well, salt is traditionally a cleansing agent in a sacred ritual. It is also an essential part of a healthy diet. Not table salt, but the pure unrefined salts like Celtic sea salt, or Himalayan rock salt. Regular table salt undergoes a whole lot of processing, wherein it is bleached with toxic solvent, ferrocyanide and aluminum to make it white, thereby stripping it of its minerals. This abusive processing ends up stripping the natural salt of important minerals like calcium, potassium, copper, sulfate, iodine, iron, manganese, magnesium, silicon, phosphorus, vanadium and zinc (Mercola). Many people today are deficient in these nutrients, because they are being sold an inferior product, and because many vegetables and fruits are being grown in nutrient-deficient soils.

Symbolically, salt represents the creative feminine energy and is considered the ultimate grounding and protective agent. It has been used ritually by all cultures since the beginning of recorded history. The pyramid, on the other hand, is symbolically masculine empowering energy. The two together form a perfect balance of the divine feminine and divine masculine. This is interesting to me because I have been meditating on this harmonic balance of these opposite forces for some time now. We see this harmonic balance represented symbolically in the Yin Yang in Chinese theology and in the Sri Yantra in Vedic sacred geometry. 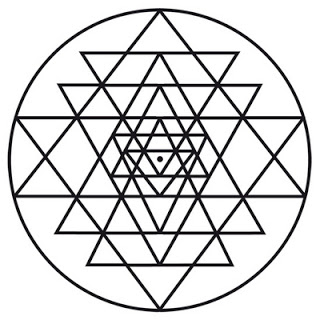 The Sri Yantra is composed of nine interlocking triangles that radiate outwards from the center or bindu point. This central point is considered the meeting place or junction between the physical world and the spiritual world or the unmanifest source. Of the nine triangles, four point to the sky and is believed to be symbols for Shiva (the masculine), while the five pointing downwards represent Shakti (or the feminine). Because of this, the Sri Yantra is believed to be a strong symbol for the union of the masculine and the feminine divine.

I firmly believe that our ascension can only take place once we find the center of these two energies — a perfect balance point, the “fulcrum” in Aristotle’s claim that he could move the entire world with his lever. Finding that point is the key to unlocking the mystery of full conscious awareness. That point; that perfect place; that “sweet spot” is what we need to be striving for and it all begins with understanding the critical and life-preserving balance of Nature. 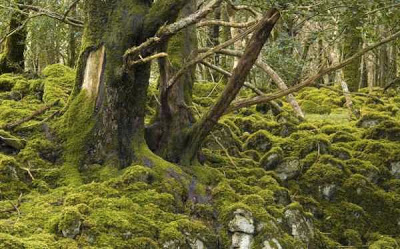 Nature expresses and thrives through balance. We see it everywhere. The way a leaf unfolds or how a spider web manifests, all rests upon an incessant need for balance. Similarly, we as humans, hanker for balance, either in relationship, lifestyle, clothes, food or debate. We just don’t function right or are not satisfied unless we experience some kind of balance.

Therefore, it should not be a surprise to any of us that the quest of spiritual awakening also rests on this same universal principle — balance.

What I am suggesting here is to embrace the concept of balance in your thoughts, words, and deeds. Let’s start with the biggest thought there is God. By definition, God must be unlimited in every possible way. That would, therefore, mean that God is both male, female and a combination of both; that God is personal and impersonal and a combination of both; and that God has every quality and characteristic that we can conceive of and more. The “sweet spot” in this understanding is embracing God’s unlimited nature in its entirety and relishing the idea that Godliness is within us too. In other words, we too, must be a microcosm of the Godhead.

The problems we face in this world are rooted in not understanding our Godly nature; not embracing our inner balance of divine masculine and divine feminine; not embracing our nature as both body and spirit. The body is like the macrocosm of the soul within. The body we have is a direct expression of the consciousness within. Again we see balance. Something never comes from nothing. What we see externally is a direct result of internal dialog and perceptions. In other words, balance is also intimately related to the law of karma. What is inside is also outside; what happens before us is a result of decisions and actions we took in the past — the macro is equal to the micro. 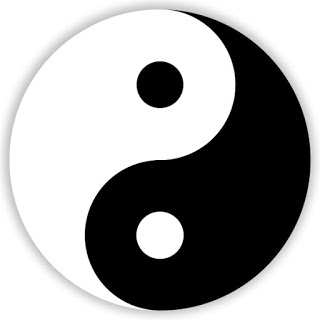 And so it goes with balance and the endless quest to find the sweet spot of life; the perfect balance; that place from which all happiness pervades and there is no sense of lacking. Of course, even in such a perfect state of consciousness, ironically, the fuel that drives this happiness to higher and higher realms of bliss is a sense of imbalance. Both emotions (Satiation and lack) or energies (yin and yang) drive each other like a perpetual zero-point energy machine. It never stops. Why not? Because the quest for balance is at the heart of existence. Therefore, my belief is that if you want ultimate happiness; if you want higher consciousness; if you want to know all the answers to life, look no further than this idea of seeking the “sweet spot” of balance. 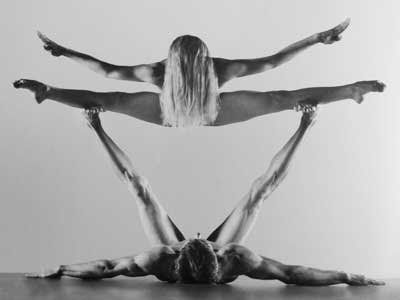 A prayer to Little William (POEM)