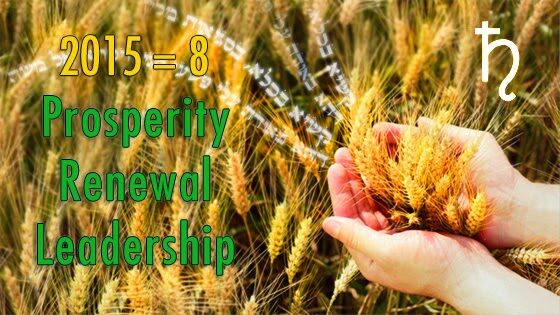 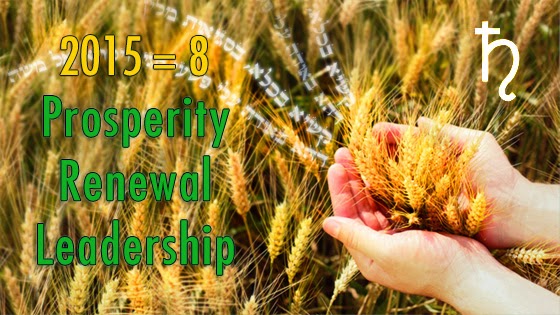 Every year has a flavour or lesson to teach and 2014 was a classic 7 year for most people — a year of loss, sacrifice, selfless service, contemplation and soul searching. For many it was a down year — a year to reflect on the blessings of the things and people we lost and a year where progress was slow, but steady.

Next year, will be a year 8 and if all indications are correct, it should be a year where we walk in truth, with confidence and love. It will be a year to express your unique voice and independence, but in doing that you should never lose sight of the people that have helped you get where you are today. The number 8 is famously popular in Chinese tradition as a number of prosperity, leadership and imperial control and even in the Greek Numerological system that is also the case, with many destiny 8 people expressing themselves as leaders of organizations.

If you are in a personal 8 growth year then it is a year where you will come into all kinds of opportunities for financial gain and leadership. You can work out your personal growth year by adding your day + month + 2 + 0 + 1 + 5

In Astrology 8 is the number for Saturn which is named after the Roman god of agriculture, revealing Saturn’s connection to prosperity and abundance.

The Saturn symbol is composed of two design elements, the top cross which is symbolic of the function of a intense focus and the culmination of matter. The second component is a crescent or sickle which it signifies receptivity or reaping rewards. This is an interesting feature of the icon because Saturn is often associated with themes of death. In the archetype of death, the sickle is carried to acknowledge the opportune moment of harvesting our current life.

In animal symbolism, Saturn historically governs snakes, mice, foxes, dragons, and nocturnal birds of prey such as the owl. It is interesting to note that the owl is commonly misunderstood as a symbol of death and it appears that this fallacy must have originated from its ancient association with Saturn.
In symbolic alchemy, Saturn doubles as a symbol for lead. Philosophical alchemy explains that lead is a component of transformation brought about from hardening, strengthening and staunch willpower.
In astrology, Saturn rules the sign of Capricorn. This sign, as its ruling planet, moves through life with slower, methodical, purposeful structure.
I expect 2015 to be a year of leadership, prosperity and renewal for most people and especially those that are destiny 8s. What is your destiny number? Simply add all your birthday numbers together.
To learn more about your numbers or get a reading, contact me at www.numberadvantage.com
MYSTICAL, NUMEROLOGY, SPIRITUAL

Knowledge filters – We all have them