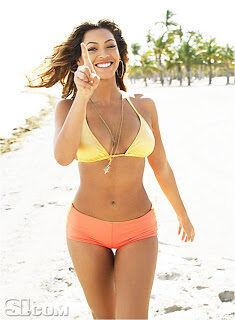 Last night Good Morning America announced that Monday morning Beyoncé was going to make an announcement, and we were going to LOVE IT 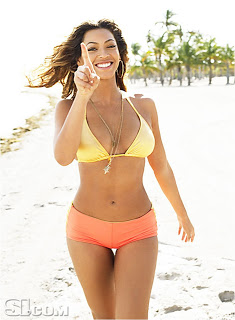 Source: FoodYogi.org — Apparently most fans assumed it would be talk of a new album or tour; maybe a big donation to a charity or some other sizzling news like she is pregnant. But none of these things happened, rather she announced to the world that she had totally committed to the vegan diet and it was the reason for her great new figure, glowing skin and fresh new outlook on life. Beyonce is such a fan of the work of her dietician, Marco Borges and how the new diet has impacted her life, that she is partnering with him to start a vegan meal delivery service.

Beyonce explained that she is “not naturally the thinnest women. I have curves. I am proud of my curves, and I have struggled since a young age with diets and finding something that actually works; actually keeping the weight off has been difficult for me.”

Borges new book, The 22 Day Revolution is based on what psychologists have believed for years, that “it takes 21 days to make or break a habit, so if you adopted a healthy habit over the course of 21 days, on the 22nd day you’d be onto the new habit and that is the magic to sustainability,” he explained.

However, when the news broke some fans were shocked to hear that this was Beyonce’s big news and some complained. But how many really? If you believed the mainstream media you’d think that every fan was up in arms about the announcement but are they?

Considering how powerful are the meat and dairy industry, you’d expect they would not be too happy about one of the world’s most popular people promoting a dairy and meat-free diet. Consider this:

Tyson Foods is the world’s largest poultry and red meat provider. Tyson controls 27% of all meat and poultry sales in the U.S. One out of every four pounds of chicken, beef and pork consumed in the U.S. is a Tyson product. Smithfield Foods is the world’s largest pork producer. Smithfield is the largest pig farming operation in the U.S. and a major producer abroad. Smithfield controls 26% of the U.S. pork market, raising 14 million pigs at it’s facilities and killing 27 million of the 60 million that went to slaughter in 2006.

Willmar Poultry Company is the largest turkey producer in the U.S. It produces over 45 million turkey poults (young birds) annually at its two hatcheries in Minnesota. The Willmar hatchery is the largest turkey hatchery in the industry and delivers over 600,000 poults weekly to customers. Cal-Maine Foods is the largest egg producer in the U.S. In fiscal 2009, Cal-Maine sold approximately 778 million dozen shell eggs, representing approximately 18% of domestic shell egg consumption. Nestle is the world’s leading producer of dairy products.

Dean Foods is the leading producer of fluid milk and dairy products in the United States and the second largest dairy company in the world.

Each of these companies, either directly or indirectly, through their subsidiaries, spends hundreds of millions of dollars on advertising through the mainstream media.

McDonalds alone spent nearly 1 billion dollars in ads in 2013 or 2.7 million per day!

You can imagine that any threat to this huge investment in advertising dollars is not going to be welcomed or celebrated by these meat and dairy food companies and since this money is a huge source of income for TV, Newspapers, Radio and Internet companies, they have a vested interest in protecting the brand value of their advertisers.

In other words, news about Beyonce going vegan is not helpful so any kind of negative reaction to her dietary decision is going to favoured over any positive response.


The Game is Changing

Social media has been a boon to niche markets like veganism. In a survey among U.S. adult consumers by Harris Interactive in March 2014, respondents were asked to rate the importance of the factor ‘vegan’ when buying foods and beverages. Some 7 percent of U.S. adults indicated to consider the attribute ‘vegan’ as a very important driver for their food and beverage purchase decisions. However, there is a significant generational difference. About 27 percent of Millennials in the U.S. considered the label vegan on a product as a very or somewhat important factor for their purchasing decision as opposed to 13% for baby boomers.

Considering Beyonce’s massive influence on Instagram (35.9 million), even beating out Kim Kardashian (35.7) it is no surprise that her move to a vegan diet is a threat to the old guard of meat and dairy.

What can we learn from the MeToo Campaign?

How to eliminate kidney stones naturally and easily