Sleep Paralysis – Why does it happen and what is it?

This is an excerpt from my latest book that was just published by Balboa Press, The 7 Maxims of Soul Happiness – How to Unleash Your Inner Bliss, available in all major book stores.

I first learned about sleep paralysis when I was experimenting with astral projection. I was 16 at the time, and the idea of moving into another dimension fascinated me. I had experienced what most people term, “Sleep paralysis” and it was frightening. However, I wanted to face my fears and understand what exactly was taking place when my body felt paralyzed while I remained conscious in bed.

It turns out, although the house I was living in was haunted by disembodied spirits, my sleep paralysis was not these ghosts trying to hold me down, but rather just an imperfect exit during an unconscious astral projection.

You see, when we sleep at night, our astral form (made up of our mind, intelligence and false ego) carries our soul outside of our physical body to recharge itself in the astral plane. Typically, these sleep paralysis experiences happen during the time when the astral body is beginning to leave the physical form, and right at that moment, we become conscious of the transition. Normally, we would be in an unconscious state and this transition would take place without us (the soul) being aware. But those times when we are aware and begin to panic, the astral body gets stuck halfway in and halfway out of the physical body, leading to a kind of paralysis, wherein, we do not have full control of the physical form.

We’ve all had a similar experience when we’ve laid down a particular way as to cut off the blood flow within our leg or arm and experienced a “dead limb.” As the sun rays illuminate the universe, similarly, our soul illuminates our body by the spread of consciousness in the form of prana (life force) that flows throughout our body in the form of blood. When this blood flow gets cut off, consciousness disappears from that part of the body and we experience a dead limb.

In the Bhagavad-gita, Krishna explains:

O son of Bharata, as the sun alone illuminates all this universe, so does the living entity, one within the body, illuminate the entire body by consciousness.

I remember the first time I successfully did an astral projection while laying down in my room one afternoon. One of the techniques is to focus on your pulse in different parts of your body as the body slips into a sleep state. The focus kept me fully aware as my astral form started to carry me outside of my body. I first heard a ringing sound as my consciousness started to tune into the astral frequency, and then as I entered the astral dimension I looked down to see my physical body still laying on the bed. I felt as if I had left the planet and was entering a whole new world. I was excited and a bit fearful at the same time. My mind was racing, “Could I come back?” “Where am I going?” and then I heard two voices breakthrough that completely freaked me out, “Look at him, he thinks he’s good.” These strange voices were mocking me and in a state of panic, within seconds, I came back into my physical form. There were people there watching me as I experimented. I was not alone.

Many years later, I was a 31-year old monk traveling on a train through Siberia when I became aware of my astral body leaving my physical form. Rather than panic this time, I entertained the experience and decided to take full advantage of it. I consciously willed myself completely out of my physical form and urged myself up into the heavens. Suddenly, I was racing up at what felt like 10,000 mph. Stars and galactic forms raced passed me as I continued to race through the heavens, sometimes passing through iridescent tubes and sometimes the open night sky. It was incredible. Suddenly, I stopped moving and appeared in someone’s home. But this was not earth. I became an observer in someone else’s home on a distant planet. I listened to their conversation and apparently, they were aware of my presence and did not seem to mind. They talked about me kind of dismissively as if my visit was nothing new to them. I learned that the planet I was on was called Gomeda. Suddenly, I felt ill and made my way to their kitchen and began to throw up. At that point, I was instantly transported back to my physical form on that train traveling through Siberia. The thrill of traveling so fast through space without a rocket has fascinated me ever since.

Another time, I experienced an out-of-body moment while under the influence of the psychotropic drug psilocybin. I was only 19 at the time, but now 35 years later I can still vividly recall that experience as I walked through the forest as “high as a kite”. My body was walking along but I, the soul, was catching a ride on my back. I could clearly feel that I was the “driver of the car,” the “man behind the curtain pulling the strings.” This body was just my vehicle for this given moment in time. I was not this body. It was as clear as day to me and this experience drove me to learn more. I later took to the teachings of the Vedas to understand what was really going on and why I currently had to experience life in a physical form.

It is also important to understand here that just like there are many physical forms and levels of consciousness in the physical realm, similarly, there are many levels of consciousness (awareness) in the subtle realms. What most people experience of the subtle realms are the lower astral levels where you’ll find souls in temporary astral forms (ghost bodies) because of having died in an intoxicated state, sudden death through an accident or gross attachment to a physical place or peoples. These forms are temporary, like all forms in the material world, but there are much more awakened subtle forms like nature spirits, devas, and angels, for example. Each of them is evolving and performing service of some kind.

So if you’ve ever experienced sleep paralysis, do not panic. It is one of the ways God is teaching us that we are not these physical forms. We are spirit and this physical state of being is a temporary phase we all must pass through as we evolve in consciousness. We’ve all had many physical forms and so the sooner we can wake up to the fact that we are of a higher nature — spirit — and that our real home is in the higher spiritual realm, the faster we can progress and not have to take birth again.

GET YOUR COPY OF MY LATEST BOOK 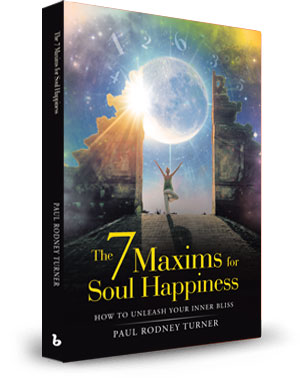 Happy Mothers Day – A day to honour ALL MOTHERS, but how?