Gifting the Gift of Gratitude 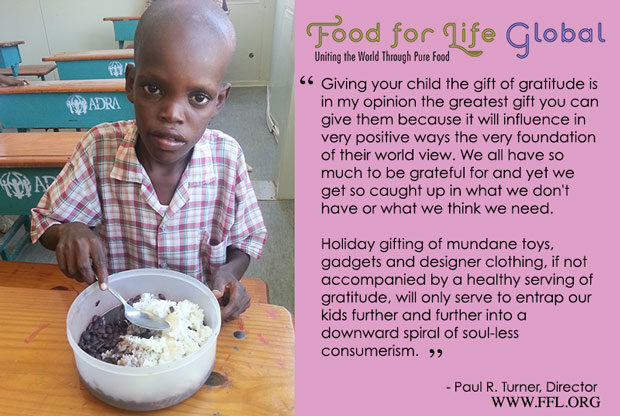 Typically when we think of exchanging gifts it is all about the material acquisition of stuff that at a certain point in time becomes useless stuff and we either throw it away or donate it to a thrift store. But what if we could gift something that never deteriorated in value — something that lived on well beyond the “Use by Date” and enriched the person’s heart indefinitely with gratitude. Surely this is the kind of gift really worth giving! 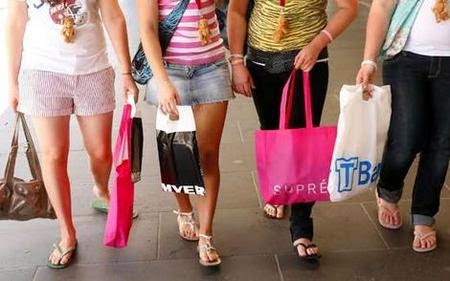 Let’s be clear about it: For most people Christmas has nothing to do with the birth of Jesus Christ and everything to do with consumerism. But Christmas and the holiday season should not be an excuse to accumulate more things or gift something mundane as a show of one’s love. Yes, gifting is one of the ways we express our love, but the quality of the love being expressed is very much tied to the quality of the gift being given. Now when I say “quality” I am not referring to the material quality of a thing — the brand name, etc — I am referring to the ethical and spiritual quality of something.

For example, rather than gifting a pair of cool looking Ugg boots to your teenager because all the cool kids are wearing them, choose the vegan equivalent that are just as nice looking and sturdy and yet a quarter of the price. Moreover, you will be sending a message to your child that it is very uncool to wear the skin of a tortured animal. PETA reported:

Just when you thought that footwear involving the mutilation of millions of sheep couldn’t get any ugglier, several makers of knock-off UGG-style boots have been found to use fur from animals who were beaten and skinned alive. Tests conducted on products labeled as “Australian sheepskin” found that they were actually made of raccoon dog fur, most likely from animals confined to barbaric Chinese fur farms.

Today we are seeing more and more teenagers as sophisticated consumers. Long gone are the days when you would only find groups of adults at Starbucks. Now it is just as common to see groups of teens and pre-teens gathering around a Starbucks table drinking salty caramel mochas. Kids today are way ahead of the consumer curve. They know all about the latest gadgets and apps and what else is cool way before us adults do. Quite frankly teens are driving the marketplace now and marketers know it too well. As INC.com reports:

Having lost its $3 billion bid for Snapchat, and with teens consistently fleeing Facebook by the millions each year, it’s clear that Facebook was willing to pay just about any price to get them back. When the world’s largest social network and a major purveyor of data considers this demographic priceless, you pay attention.

As mothers and fathers we have a responsibility to share our years of wisdom with our kids so as to help them avoid the same mistakes we made. It is never easy, especially with teenagers, but that is no excuse. So putting aside all those cool toys for a moment, what is really the best gift we could give our children?

The Invaluable Gift of Gratitude

I remember one Christmas party at my father’s work where all the children were given a present by some guy dressed as Santa Claus. I was gifted an orange skateboard, it was cool, but it wasn’t the kind of skateboard I really wanted. It was a standard plastic skateboard with standard rubber wheels. I wanted  the flexy fibreglass skateboard with the thick polyurethane wheels. I complained to my father about it and he snapped back at me: “Have gratitude. It is a gift, for crying out loud.” His words stung me and my heart felt burned by the truth he gave me that day. I can still hear his words vibrating in my heart, some 40 years later. In his own harsh way, he had given me the gift of gratitude.

Giving your child the gift of gratitude is in my opinion the greatest gift you can give them because it will influence, in very positive ways, the very foundation of their world view. We all have so much to be grateful for and yet we get so caught up in what we don’t have or what we think we need. Holiday gifting of mundane toys, gadgets and designer clothing, if not accompanied by a healthy serving of gratitude, will only serve to entrap our kids further and further into a downward spiral of soul-less consumerism. 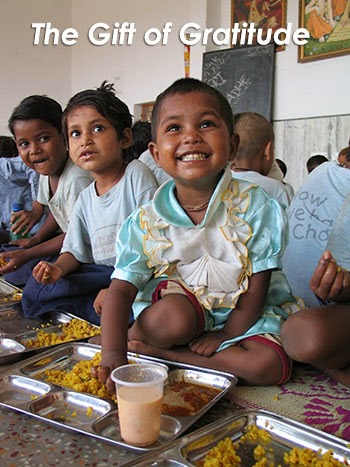 Whenever you can, try to engage your children in charitable giving so that they can learn to appreciate the value of unconditional service and the soul-enriching satisfaction of the smile of the recipient. Food for Life Global and other charities can help facilitate this kind of gifting through sponsorship and donations in the name of your child. That at least is a start, and hopefully it will lead to them wanting to be more hands on in the charitable gifting experience. DONATE NOW

You can donate or sponsor in the name of your child today for as little or as much as you like. All contributions are tax deductible for US citizens because they will be processed through our US partner A Well Fed World.

The Gift of Giving

Should you like to take your child to one of our projects and get them directly involved we can facilitate that too. Just contact us for arrangements.

From all of us at Food for Life Global, we wish you the very best of health and happiness and success in teaching the gift of giving this year.

A warrior of light and a deliverer of love