You are unborn, undying and don’t own a bloody thing 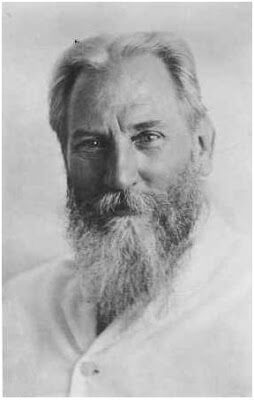 For the soul there is never birth nor death.
Nor, having once been, does he ever cease to be. He is unborn, eternal,
ever-existing, undying and primeval. He is not slain when the body is slain.[1]

Nothing can kill the soul. In fact, according
to the Gita, the soul was never born, but has always been. We are eternal beings
and that is why death feels so unnatural and we have such a difficult time
accepting it. The fact is: you never die, but rather, you, the soul that
currently animates this physical body, lives on forever. Our destination after
“death” is determined by two factors: karma
and desire.
How you act and the thoughts you accumulate
in this life are gradually shaping your next body. Notice I did not say, “incarnation,”
because the fact is that we may not incarnate, or “reflesh” into another
physical body, but move on to a higher plane of consciousness where there is no
need for a gross physical body. We may in fact, attain our original spiritual
form and return home to our source, the Godhead.
We can assume, however, that most of us
will likely have to take another physical form after this body becomes
uninhabitable. The type of body we get is fully determined by these two
factors: karma and desire.
It is said in the Vedas that there are
basically three layers to our existence in this world: A gross physical form
made up of the five most basic elements: earth, water, fire, air, and ether; a
subtle form consisting of mind, intelligence and ego; and finally a soul or
consciousness which is the most subtle form of all. Since the soul is our core,
we are addressing the two lower bodies here. Some esoteric books speak of a combined
mind and intelligence as the source of the soul. However, it is important that
we distinguish this spirit (astral) form from the higher vibrational form of
the soul. There is a major difference. Whereas the soul is the driving force
behind our very existence, the spirit body consisting of mind and intelligence,
is the subtle vehicle that carries the soul to its next destination after the
demise of the physical body. The physical body of earth, water, fire, air and
ether, or more grossly, blood, muscle, bones, skin, hair, puss, bile, and
mucus, etc., provides a medium for the soul to express itself in this one
lifetime. Its existence is temporary and over time it goes through dramatic
changes, finally returning to its most basic constitution of the five raw
elements.

The spirit body, on the other hand, lives on past so-called “death,”
carrying the soul (consciousness) to its next destination. Depending on the
condition of the spirit body, the soul either must reincarnate into a lower or
higher birth in this physical world, or is able to move beyond the limitations
of the five gross elements by resonating at a higher frequency of consciousness.
In other words, the more conscious you are of your Self, the higher your desination. 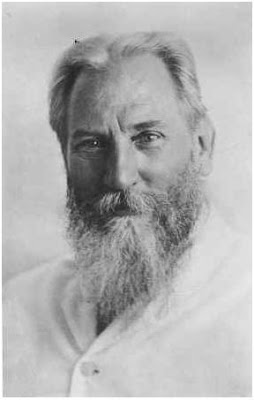 Theosophist and clairvoyant, Charles Webster Leadbeater described it this way:
“…the sub-planes must never
be thought of as divided from one another in space, but rather as interpenetrating
one another; so that when we say that a person passes from one subdivision to another, we do not mean
that he moves in space at all, but simply that the focus of his consciousness
shifts from the outer shell to the one next within it.”
The ultimate destination of the soul is
to return back to its energetic source, the Godhead, the highest and subtlest
of all existences. To do this will require complete sanitization of the mind
and intelligence so that they are vibrating on such a high frequency that the
gross material elements cannot settle. At this stage the soul sheds all gross
and subtle bodies and realizes it’s full conscious existence wherein it regains
its original spiritual body, mind and intelligence.
It is for this reason that the spiritual
traditions recommend renunciation of the vices of this world. For by
maintaining an attachment for physical objects and activities, we align our
consciousness with the vibrations of the physical world and therefore must
reincarnate to continually experience those things. However, the full meaning of
renunciation is sometimes misunderstood by these same spiritual practitioners. Renunciation in the purest sense means to understand to whom everything belongs. Since we come into this world with no possessions and leave the same way, we cannot factually claim ownership of anything. The true “owner” must be the source of that things creation, the Godhead, the original seed of existence. Understanding this and acting accordingly is true renunciation.

Get my new book, The 5 Noble Truths 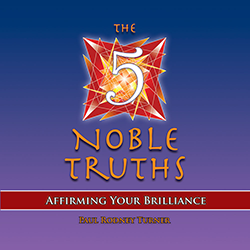 Feelings of mediocrity or failure are all symptoms of false ego — a false identification with your outer shell.   The 5 Noble Truths are here to set you free from the illusory shackles created by a mischievous mind.  In your hands you hold the secret to happiness, peace and prosperity.   INCLUDES unique affirmation yantras to aid in your meditation, all of which have been mathematically mapped to the most powerful magic square of the Sun!