Living without money — Is that the best answer to peace and happiness? 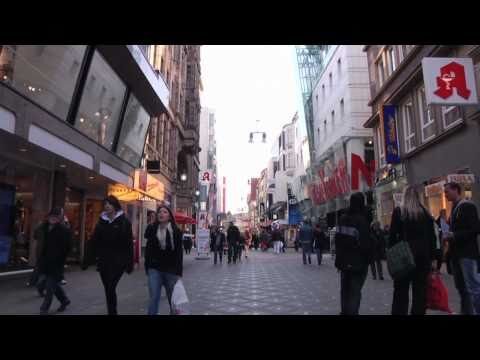 Is it possible to feel rich without possessions? Can you live happily without money? In the documentary Living Without Money, we meet the German woman Heidemarie Schwermer who made a deliberate choice to live without money 14 years ago.


I have lived without money, maybe not exactly the way Ms. Schwermer has done, but when I took a vow to be a monk at age 19, that came with the condition that I would have very few possessions, would not own property, nor have a bank account, etc. 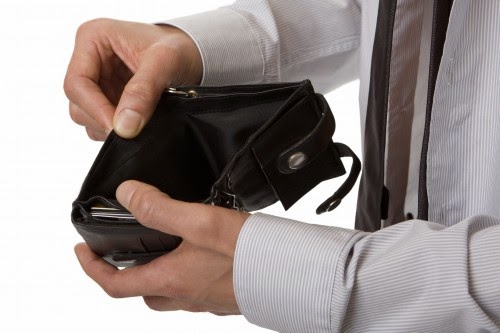 I had not actually had a bank account even before I became a monk, preferring to trade in cash only. Very old school, you might say. In any case, throughout my time as a monk (14 years) I traveled to at least 40 countries, without ever having a bank account, credit card or health insurance. I totally depended upon the mercy of God for my maintenance in exchange for the service I would render. I would collect money, but always used it for service and never for personal gain. You may be shocked to learn that I never actually opened a bank account or owned a credit card until I was 34 years old.

It was a liberating feeling to not be controlled by money, but one that I had gotten used to. Only later did I fully understood the value of it once I left my vows as a monk and got married. Suddenly, an avalanche of responsibility hit me like a ton of bricks. The complexity of modern lifestyle finally caught up with me. I was trapped like everyone else, it seemed. At least externally.

It has been 18 years since I left the simple lifestyle of monkhood, but many of the lessons learned still remain strong. Although I now accept money to function in this world, I am certainly not attached to it like most people are. I understand money to be energy, something we use to effect change. However, even though this is a healthy way to view money, it does not dismiss the fact that the economic system that rules this world is exploitive and damaging at its core to the vast majority of the population. Just like a knife in the hands of a gangster can cause harm and yet that same knife in the hands of a trained surgeon can save a life; similarly, money in the control of a sinister, self-serving person can cause havoc while that same money in the hands of a great humanitarian can do miracles.
Ms. Schwermer and people like her are helping us realize that we do not need to be slaves of this paper-thin economic system to be happy — that there is an alternative. We can be happy without money. That is a good thing. The problem, however, is how to move enough people to embrace that paradigm without causing harm. We have all become so dependent on paper money. Time is the great healer though and I am sure that in time, this paper system will collapse and a more conscientious and service-based economy will take over. When that happens, is anyone’s guess, but it’s certainly possible, based on the example of Ms. Schwermer and my own personal experience.

A few years back, I played with an idea to start a barter-based economic system called BARTZ. I developed the service-based model and was preparing to launch a website to see how it would take hold. Sadly, it never got off the drawing board. I am sure I am not the first to fail in this regard, but maybe, just maybe, people like Ms. Schwermer can inspire enough of us to follow through and believe in the power of one person to make a real difference and affect change.

The Secret is in the Kitchen

I hope this is true and have dedicated a large part of my life moving in that hopeful direction with my work at Food for Life Global. Our mission is somewhat idealistic, but I believe, very doable, simply because it is based on the solid foundation of universal truth. Everyone eats and food is central to every culture on the planet. Therefore, is it not logical that the solution for real change can be found right in the kitchen? The only thing missing with this notion is the spiritual message that the unconditional sharing of food conveys and that is exactly where Food for Life Global sets itself apart from other non-profit organizations.

We are not a food relief organization, although we sometimes categorize ourselves that way for convenience. We are in fact, a peace organization, with our preferred method of establishing peace being, to liberally share the purest of food. When pure food is cooked with love and then served with love, we communicate through our actions, that we love you; we care about you; we are all family. That is the message that is most needed today — in a world so divided by race, color, religion, and economics. We are all spiritually equal.

Now how does this apply to the model of living without money? Simply, if we all believed that we are all spiritually equal, then poverty, hunger and a host of other social problems would disappear overnight. Essentially, we would be achieving the same results that Ms. Schwermer and others are aiming for, but in a way that is both culturally and spiritually significant to every human on the planet. And might I add, way more socially acceptable and enjoyable.

Never underestimate the power of food.

WIN a FREE SCHOLARSHIP at the Food Yoga Academy

Grant writing and Social Entrepreneurship for Non-profit survival – My story