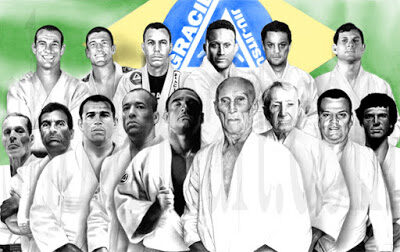 I have been a fan of martial arts from the first time I watched a Bruce Lee movie. However, before that, I followed boxing and watched every championship bout broadcasted on television. My father was a fight fan and he always encouraged us to stand our ground and never be intimidated by others.

Professional boxers and streetfighters were friends of the family. I am talking really tough men that would intimidate anyone and yet they were friends of the family and their influence on us was profound. We even had a boxing gym in our garage and I became really proficient at hitting the floor-to-ceiling ball. My hand-eye coordination was sharp. Kenny Harrison was one of the most feared men in Australia and was a real man’s man. He would regularly train in our garage and show us how to punch. I remember one day he hit the floor-to-ceiling ball so hard the dyno bolt holding it to the cement floor was pulled out! Kenny could do 50 pushups on one hand and had a stomach like a brick wall and would encourage us to hit him as hard as we could.

My nature was to be peaceful, but when you have an older brother that taunted and teased you all the time, at some point, you break and it forced me to choose the dark side and pick fights when there was no fight necessary. I later realized this was all to gain the approval of my very homophobic father who saw my artistic, philosophical and passive nature as effeminate.

For the most part, however, I kept the fighting tendency in check and usually just stood up to any challenges when it was absolutely necessary, particularly when I had to defend one of my friends. I remember one day I was at home from school because I was sick and my mother bought me a book about the history of boxing. I immersed myself in learning about the great boxers of the past and relished the stories of bare-knuckle fights that would sometimes last for 50 rounds!

I stayed up late to watch “The rumble in the jungle” (Ali and Foreman) fight in Africa and “The thriller in Manilla” (Ali and Frazer) fight in Manilla. Although I never pursued boxing as a sport, I trained with professionals and could hold my own. 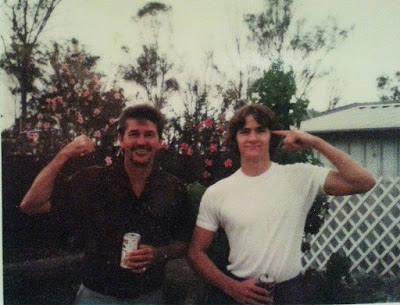 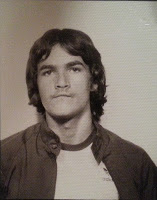 When I was 17, I was playing pool in the local pub with my friends and a 30-year-old man came over and started calling us names and enticing us to react. Everyone ignored him, but something inside said, “You can’t allow him to disrespect you and your mates.” So I calmly put my pool cue down and walked over to him and with one punch, knocked him clean out. I then walked back to the table and asked, “Is it my shot.” My friends were in stunned silence. I picked up my cue and began playing pool again as if nothing of importance just happened. From that day on, everyone respected my right hand. That was the first time I had ever knocked someone out. The next two years of my life were hectic and chaotic, as I navigated my way to adulthood and tried to find my path. There were many more fights and very dangerous situations, but somehow I survived. Suffice to say, that unless something miraculous happened, I would have probably ruined any chance of a successful and progressive life.

At age 19, my best friend Jeff Cassels helped me escape the craziness of the neighborhood I was living and convinced me to move up to the mountains with him. For the next 6 months, I soul-searched, read philosophy, wrote poetry, drew pictures, played music and learned how to cook vegetarian meals. I even practiced celibacy and began doing mantra meditation. And then, just after my 20th birthday, I shaved my head and joined a Krishna ashram and become a monk. For me, it was the most natural thing, but I am sure many of my old mates were shocked. 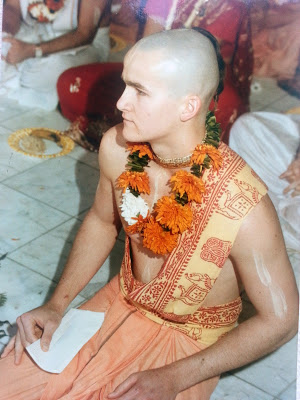 By 21, I was steady in my vows as a monk and was doing fundraising for the temple, selling things like candles and incense to help support the Food for Life the temple did. This brought me to visit another temple in Melbourne, where something happened that changed my whole perception of violence.

Up until then, like most people, I viewed fighting as a match of egos — who was the tougher man. That all changed one afternoon I was walking around a Melbourne neighborhood selling fragrant oils for the temple. Foolishly, I decided to enter a pub. Now, keep in mind that I was a monk and had a shaved head, so in order to hide that identity, we wore wigs and dressed in regular clothes. I approached the patrons at the bar at their tables offering them free samples and encouraging them to purchase some for Christmas presents. Suddenly a very large aboriginal man, about 190cm high and weighing around 140kgs, approached me, pushed me aside and began taking bottles out of my presentation bag, telling me that he wanted them and was not going to pay a cent. Basically, he was stealing from me in broad daylight and no one was going to do a thing about it. I was shocked and said, “You can’t do that.” He laughed and said, “And what are you going to do about it, bitch?” I was weighing around 70kg, but I still had my pride. In that moment, a switch flipped and I threw a right cross that knocked him flat out on the floor. He and everyone in the bar were shocked. As this big bear of a man gathered himself from the floor, I remember an older lady saying, “Kill him, Billy.” He came at me full force and I began throwing more punches and then he grabbed me and I felt the massive weight difference. Suddenly the “light” went back on in my head and the internal dialogue went something like this: “What are you doing here? He will kill you. And you’re a monk and you have a wig on! Get the hell out of here now!” I ran for the door, leaving my bag of products and escaped to another shop across the road to call the police.

They arrived at the bar, picked up what was left of my bag, after everyone in the bar helped themselves and brought it to me across the road where I was hiding in a furniture store. The police officer rightly asked, “What were you thinking, selling such things in a place like that? You’re lucky to be alive.” Lesson learned.

I returned to the car still shaking and relayed the story to my fellow monk, Darren, who was an old friend from childhood who knew me well. He said with a smile of concern, “Paul, you have to be more careful.” Then he told me the story from the Bhagavad-gita of how Krishna had enticed his friend Arjuna to fight for the greater good in defeating the demonic rulers that had taken over the world. Arjuna fought to reestablish righteousness. His aggression was in service to the Lord. I understood now that everything we experience in this world originates from the Supreme Personality, only that in this world, men and women fight for selfish motives and false ego, whereas the act of fighting can be done for the greater good — to reestablish righteousness. Even Lord Krishna enjoyed slaying demons, and wrestling is an ancient sport that has been practiced by all the world’s ancient cultures.

It was also during my time as a monk that I learned of the Ultimate Fighting Championship (UFC). I was visiting Dallas, Texas in 1995 when a martial arts friend showed me some VHS tapes of the first UFC tournaments. He was training to compete and would go to the local park and hug trees for 30 minutes to increase his crushing strength and roll iron bars across his forearm, like traditional Shaolin monks would do, to make their arms unbreakable. He was the real deal and we both enjoyed watching Royce Gracie destroy all comers, including men twice his weight. He looked fragile and weak, but he outsmarted everyone and shocked the world, by demonstrated the true meaning of martial arts.

A few year later, after I gave up my vows to be a monk and got married, I continued to follow the progress of the UFC and whenever I could I watched boxing on television. Martial arts is part of my upbringing and although I never took it up as a sport, I have always appreciated the discipline required to be successful in it.

Some of my childhood friends were probably shocked that I became a monk, but that is simply because they never got to know the real person inside — the philosopher, poet, and artist that kept his “cards close to his chest,” for fear of ridicule and out of necessity, considering the tough neighborhood I grew up in.

Looking back, it was an odd start to where I find myself now. It is hardly a perfectly scripted life story, but what life is? We all have a certain set of experiences we have to go through in order to become the person we are meant to become in this lifetime. My father was a convicted criminal that spent 5 years in prison. Some of the nastiest and toughest men in Australia (bank robbers, killers and conmen) were friends of our family. We grew up in an impoverished housing commission district of Sydney (Mt Druitt), notorious for crime. I would hustle in bars at age 16, playing pool. There are so many stories to tell, but suffice to say, it was all part of the greater plan to present me experiences that I could draw from to have gratitude later in life and know how to relate to others less fortunate.

My son, Bhimal was born in Colombia, a country famous for outlaws so you can be sure he is going to learn self-defence — only unlike me — he will learn it for the honor of protecting what is rightfully his and to defend those that need defending.

Royce Gracie and his brothers, who are now also represented by their children have done a wonderful service to humanity in bringing back the honor of martial arts, that over the last 20 years has been tarnished by ego-driven, chest thumping psychopaths, charading as martial artists. Their Gracie Jiu-Jitsu academies are helping kids stand up to bullying by realizing their full potential.

I wish I had this kind of example when I was a child and for sure my son will be joining one of these academies as soon as he can walk. Take a look at this wonderful video below.

The Dramatic act of Life