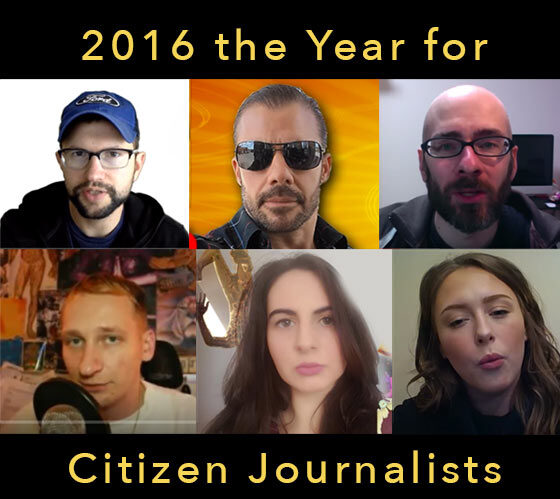 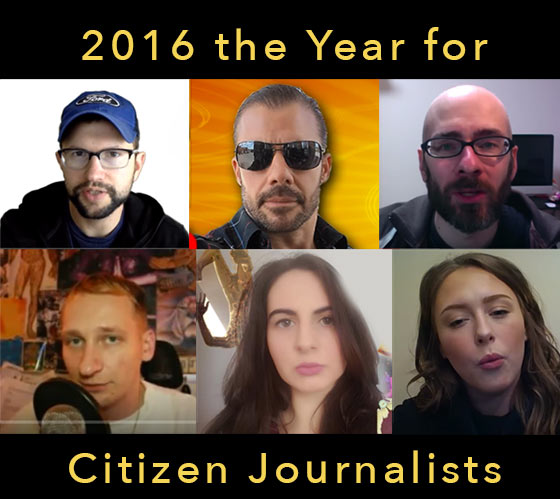 2016 has got to go down as one of the craziest years of our times.

Instead of regurgitating all that was wrong with 2016, I will highlight just a couple of things and then look at the positives and how this is tied to the numerology of the year.

One thing that stood out to me about 2016 was how the people stood up to their leaders — the Globalist — which were highlighted by Brexit, the June 23, 2016, referendum whereby British citizens voted to exit the European Union, and then followed by the election of Donald Trump to be president of the USA. Before I go any further, I am not endorsing any political party, but the fact that Trump won showed clearly that the people were not believing the traditional media outlets who all unabashedly predicted Clinton to win in a landslide.

If there is one simple way to describe 2016, it would be that it was the year of the citizen journalist. The year that the individual’s voice became louder than traditional media foghorn. And this rise of citizen journalism was all predicted as far back as 4 years ago in this TED talk.

Another report on this phenomena was reported by The Seeker Daily

But with the volume of these citizen journalist being turned up, the traditional media outlets like CNN, MSNBC, The New York Times, etc, were not going to go down without a fight, and sure enough, we saw 2016 end with the “fake news” narrative headlining everywhere and the Obama administration and the frustrated democratic party blaming Russia for hacking the elections and being responsible for “fake news” that swayed the American voter, even though Julian Assange has unequivocally stated that the source of the leak was not the Russian government or in fact any state power.

Furthermore, none of the allegations against Russian government has ever been proven, but a lack of evidence is not going to stop traditional media and the power structure from running with the misleading narrative. “Fake news” was the perfect way to misdirect the public away from the real facts of the matter, that Clinton campaign manager, John Podesta was the victim of a phishing attack and his emails revealed some rather sordid practices of the Clinton Foundation and the leadership.

Going after “Fake news” was also the perfect set up for introducing more legislation to restrict free speech and Obama quietly did just that on Christmas eve.

Like him or love him, Alex Jones has revealed one thing we cannot deny — there is indeed an information war going on and it behooves every person to be aware of how the information they are being fed by traditional media is spun and sometimes fabricated (read: fake) to fit a globalist agenda.

There is a constant cycling of 9 years in numerology. The 9th year represents the end of a cycle and it typically introduces major changes in our lives. A year 9 can be the year when we reap the fruits of our labor from the last 8 years, and it can also mean an ending of something not wanted anymore.

As we enter 2017, we are greeted by the energy of a Year 1, which is represented by the Sun. The sun is the life giver, the energizer, and source of rebirth, so a year 1 represents a new beginning and there is every chance that 2017 will be a year of renewal and a discarding of old paradigms.

The way I see this is that with the rise of citizen journalism, we have seen a growing distrust of traditional media and the globalist narrative. People all over the world are feeling more empowered with knowledge and are asserting it. This fight for the ears of the people is not over, but for sure, the rise of the independent researcher/citizen journalist is changing the narrative and with that, it is changing the paradigm of how we see this world.

The fact is we are constantly being lied to

We are eternal souls. We are not this body. The land we are born on is Earth, so from a purely physical perspective, we are Earthlings. All the isms of the world are mental prisons to keep us bound and limited. Similarly, the governments of today are controlled by corporations and a corporation by definition does not serve the people, it serves itself and its shareholders. A real government of the people is meant to serve the people, not abuse and exploit the people, as we are seeing all over the world.

The following documentary gives some insight into the workings of the media machine’s manipulation of public opinion.

These are revolutionary times we now live in. There is a massive shift in power and consciousness taking place.

Why is Pizzagate being ignored by traditional media?

Probably the craziest story to emerge in 2016 was Pizzagate. The circumstantial evidence surrounding the allegations are overwhelming and anyone that takes the time to independently investigate this story will come away very unsatisfied with the traditional media’s narrative that this is all a hoax. One of the first big media outlets to dismiss this as a hoax was the BBC in this article, but most people are unaware that the BBC has a record of protecting pedophiles such as Jimmy Savile.

Before you write Pizzagate off, take a moment to watch these three videos.

Before you dismiss Pizzagate as a hoax just because it is being presented by a citizen journalist, think about all the coincidences and circumstantial evidence here. Also, keep in mind that all of this is based on emails leaked by Wikileaks that has a 100% track record of accuracy, and that no one in the intelligence community is denying the validity of the emails that are at the source of this investigation.
Also, keep in mind that a worldwide network of pedophilia and Satanic sex rituals involving children is real and not fake, as this thorough investigation by 60 minutes Australia did many years ago.

And there is this testimony by former FBI Chief Ted Gunderson

Let’s pray and hope that 2017 ushers in a renewal of love and respect for each other. A year where the voice of the individual, especially the children of this world is heard loud and clear. For too long, demonic forces have ruled over the airwaves of our media and our consciousness. Break free from this prison of the mind and listen to your heart. Do your own research and do not just accept what a digital box in your home tells you is truth.

George Orwell wrote in his classic book, 1984: “In times of universal deceit, telling the truth is a revolutionary act”.

Some of my favorite citizen journalists are:

Crying for your soul’s sake – Attention all men