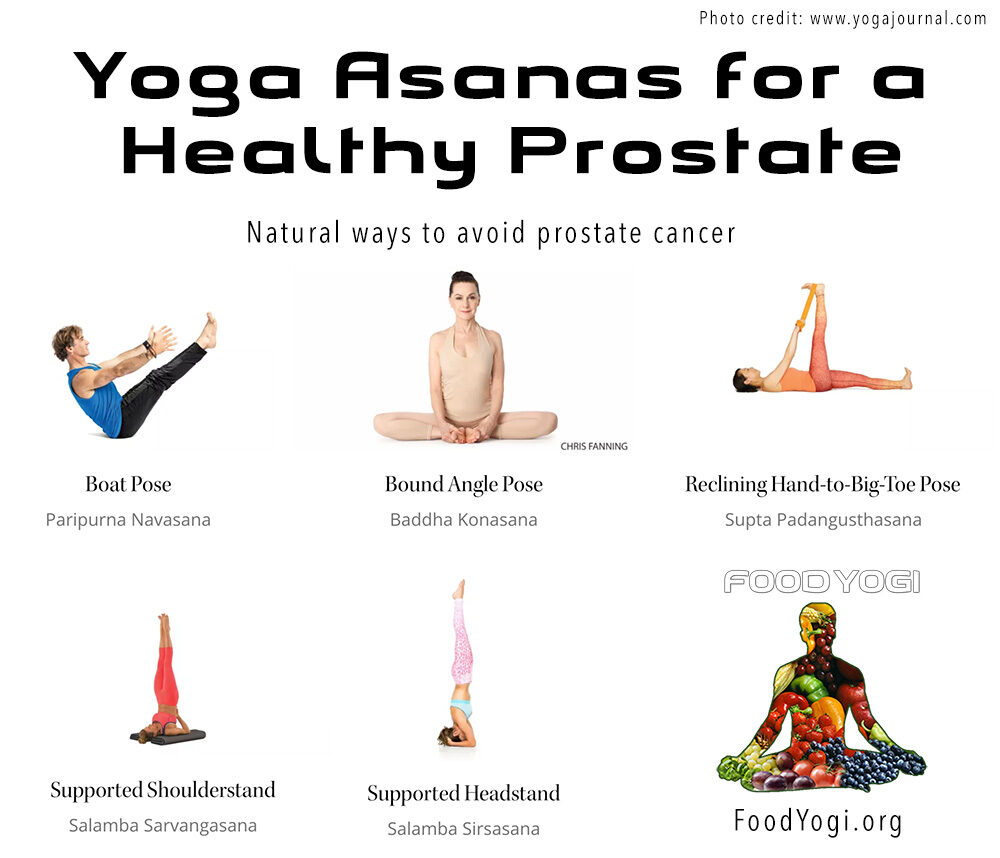 When I was 19, I became a celibate monk Brahmachari and I remained celibate for the next 14 years. Looking back, I am proud and astonished that I managed to maintain that vow considering all the challenges and temptations I had back then. Young girls would intentionally or unintentionally tempt me and I had to do all that I could to keep my mind focused and not feed the passion waiting to explode out of me.

1984 at the Bhaktivedanta Ashram in Colo, NSW

The yogic system is to use the semen to energize the body and to through yogic asanas, to raise the sexual force up the spine and not down to the genitals. However, there is only so much you can do before you hit overload and your body resorts to a nocturnal emission (wet dream). I would sometimes go for 6 months without having a wet dream. It was something we all hated to experience as monks, feeling that we failed in some way, but the body has to do what it has to do and unlike masturbation, where semen is expelled through forced stimulation, when a monk has an accidental wet dream, they do not lose the force (prana) but just some excess liquid, sort of like a pressure cooker letting off steam.

To stay true to our vows as monks, it was imperative that we kept our minds focused on pure thoughts and used up all the excess energy our body was storing through the retention of semen. So our daily routine was filled with physical and mental activities, from chanting mantras for at least 2 hours a day, to hours of singing and dancing, charity work, study and a host of other chores we had throughout the day. Those times when our mind drifted to sexual thoughts we had to immediately bring it back under control, lest we activate the root chakra which would pull the sexual energy back down to our genitals.

Through cultivating higher thoughts, however, we activated the crown chakra and this pulled the energy up where it was then distributed throughout the body and this could be readily seen in the natural glow of our faces and the ever-youthful appearance of our body. In fact, I personally felt and experienced that my body maturation slowed down during my 14 years as a celibate monk.

It would be easy to just give in to all the stimulation but then we would lose all the benefits that celibacy (even part-time) can bring to us. It is well known that athletes will abstain from sex before a major event to ensure they are at their peak performance with testosterone levels firing on all cylinders. Aside from that, celibacy can bring one tremendous mental clarity and focus.

So what exactly is celibacy in its most pure expression? It is brahmacharya

In the broadest terms, to follow the path of brahmacharya is to walk in the absolute truth of the pure self, or to align every word, thought and deed fully in Brahman consciousness. What does the word brahman mean? It means spirit and acharya means one who leads by example; therefore to practice brahmacharya is to always think and act in full awareness of our spiritual identity and lead by example.

That person that has attained full realization of the higher Self and for whom the material paradigm has faded from the center stage of their consciousness; who sees every moving and non-moving thing in connection to the Supreme Spirit has attained the highest ideal of brahmacharya, of which celibacy is a natural by-product.

The natural glow of a healthy body is from prana

Prana is the Sanskrit word for breath, derived from the root pra, which means, “to fill,” and cognate to the Latin plenus, or “full.” It is one of the five organs of vitality or sensation, which also include vac (speech), caksus (sight), shrotra (hearing), and manas (thought).[2]

In Vedantic philosophy, prana is described as the vital, life-sustaining force of living beings, and is therefore comparable to the Chinese notion of Qi. In Korean culture, this energy is known as gi, in Japanese, ki and Vietnamese, khí. Prana is considered an active principle forming part of any living thing.

A central concept in Ayurveda and yoga, prana is believed to flow through a network of fine subtle channels called nadis, similar to the Chinese notion of meridians. Prana’s most subtle material form is the breath, but it is also found in blood, and its most concentrated form is found in semen in men and vaginal fluid in women.

According to the Ayurveda, the seven structural elements of the body are known as dhatus. The dhatus are formed from the food we eat. When digested, the usable portion of food becomes rasa (lymph), which is the first dhatu. From rasa, the second dhatu, rakta (blood) is produced. Rakta plus rasa combine to produce the third dhatu, mausa (muscle tissue). This process continues to form the remaining dhatus. In order, they are:

Shukra is also known as veerya, or the vital essence. Veerya does not remain only in the reproductive organs, but pervades the body and radiates a subtle light known as the bodily aura. With the help of the sapta-agnis (heat energies within the body), each dhatu converts itself into the next dhatu. Therefore, each dhatu contains the preceding dhatus within itself. Shukra (semen) contains all other elements. It follows then that excessive loss of shukra through excessive sex will over time destroy all seven dhatus.

According to the Ayurveda, it would take approximately 60 lbs. of food or four lbs. of blood to replace the pranic energy lost in the ejaculation of just 20 cc of semen.

Once a student of Dhanvantari[3], the great teacher of the Ayurveda approached his master after finishing his studies and said: “O Bhagavan! Kindly let me know the secret of health now.” Dhanvantari replied:

This Veerya (seminal energy) is verily like Atman (soul). The secret of health lies in the preservation of this vital force. He who wastes this energy cannot have physical, mental, moral and spiritual development.

But What is the Downside of Celibacy?

The hard truth is that the prostate gland requires some form of regular muscular contraction or stimulation to keep the blood flowing through it to keep it clean. Otherwise, it collects toxins and becomes susceptible to cancers.

If one artificially abstains from sex while cultivating sexual thoughts, the sexual energy builds up so much that it is imperative that it be released and if it is not it can cause a toxic backup in the prostate and urethra.

Prostate cancer is one of the most common malignancies worldwide, with an estimated 400,000 new cases diagnosed annually. Its incidence and mortality have been associated with milk or dairy product consumption in international and interregional correlational studies.

However, as I thought about this more and the fact that many of my celibate Hare Krishna friends, including swamis have suffered from prostate cancer, it led me to believe that the real issue here is these devotees are not taking care of their prostate.

Most of them live very sedate lives, not doing any serious exercise and spending hours sitting down meditating, lecturing or writing. Many of them shun exercise or hatha yoga feeling that it is something mundane. In reality, everything becomes perfected when used in God’s service. Keeping our body “temple” in the best shape possible is perfectly in line with the principle of

How to practice celibacy the right way

Through the practice of various yogic asanas (positions) and meditative poses, one can draw the sex-energy upwards and convert it into a subtler vitalizing energy called ojas.

Ojas is the essential energy for the body and mind that is gleaned from eating pure and soul-nourishing (sattvic) foods and in the Sanskrit language, means “vigor.”

In the practice of Ayurveda, ojas is thought to be responsible for vitality, strength, health, long life, immunity and mental/emotional wellness. The seat (or location) of ojas within the body is at the heart.

An individual can invigorate, repair and protect their ojas by following a sattvic diet, practicing meditation and promoting balance in all aspects of their life. During yoga practice, individuals may practice heart-opening, restful asanas in order to fortify and increase their ojas.

Of all the yogic asanas, the best of all is the headstand, otherwise known as Sirshanana. The inversion not only draws sex-energy upwards but also promotes blood flow throughout the body and relieves the body of tension. A regular practice of standing in the head for a few minutes every day, along with other favorable asanas like the plow pose (Halasana), etc, can help to move the sexual energy towards the brain and thus enhance focus and sharpness of mind.

Diet is equally important. A diet consisting of foods that are rotting, spicy, or filled with negative thought patterns is disastrous for the brahmachari. For this reason, we never ate at restaurants and would only eat food cooked by the priests at our temples. The strictest monks among us would never eat after sunset and be careful not to eat too many sweet foods which would agitate the mind and senses. Back then I was not aware of the dangers of commercial-grade milk, however, fortunately, I lived most of my monk years on farms where we only drank excess milk from our protected cows.

The physical yoga path alone is not enough for long-term brahmacharya. All actions of mind and body need to be pure to guarantee success. A diet that is calming to the mind and purifying of the body will help a great deal in maintaining a vow of celibacy.

It is said that an idle mind is a devil’s workshop. This is no more evident than for one who walks the path of brahmacharya.

So in conclusion, if you are going to practice celibacy, you need to eat a pure diet of fruits and vegetables, think spiritual and uplifting thoughts, and most importantly, do yogic asanas to exercise the prostate and keep the energy flowing up!

Thankfully a friend in the ashram introduced me to yoga early on during my years as a monk and I made it part of my daily regime, especially the headstand. I think this served me well and I continued to do at least 15 minutes of yoga every day from then on. Lately, however, I have stopped my practice of headstands due to a heavy workload but after writing this article and researching the topic I am going to again make yoga part of my daily regime. I encourage you to do the same.

[1] Sanskrit: “refined speech”, is a historical Indo-Aryan language and the primary liturgical language of Hinduism, Jainism and Mahāyāna Buddhism. Also known as Deva-Nagari or “Language of the Gods”

[3] Avatar of Vishnu from the Hindu tradition. He appears in the Vedas and Puranas as the physician of the gods (devas).

We are never alone…just forgetful

Giving praise to others is enriching to your soul

A prayer to Little William (POEM)