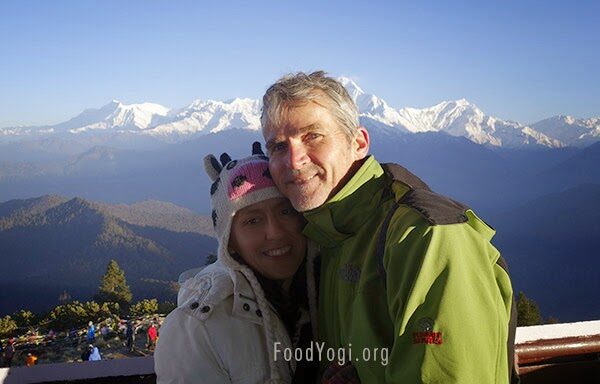 Soon after we were married in November 2014, my wife Juliana and I decided to have a baby in 2015. We planned to conceive the soul during our visit to Nepal in April, considering that high up in the sacred Himalayas would be a good place to attract a pious soul to her womb.

The esoteric side of conception is a lost art with most babies still being born over a bottle of wine. According to many spiritual traditions, the intention of the parents is what attracts a particular soul to the egg of the mother. In other words, as parents, we have a direct say in the kind of soul we wish to invite into our life. While the formation of the body is directly related to the DNA makeup of both parents, it is their consciousness and intention that decides what soul will actually inhabit that new body.

For many months prior to our visit to Nepal, we were both very careful about the kind of foods we ate, making sure our bodies were clean and healthy. We also chanted mantras a lot and prayed daily to prepare our consciousness for that special moment. I also practiced celibacy so as to conserve as much vital fluid as possible in preparation for conception. For some men, this would seem strange, but actually, it is a critical component when planning a divine conception. You want to be fully energized at that sacred moment and not depleted. It is the same reason why great athletes also conserve semen leading up to their athletic event.

I explain what happened from here on out in my story about the birth, HERE, however, what I did not talk about in detail before is the mystical experience my wife had soon after the conception. I will let her tell the story…

One of the most exciting days of my life 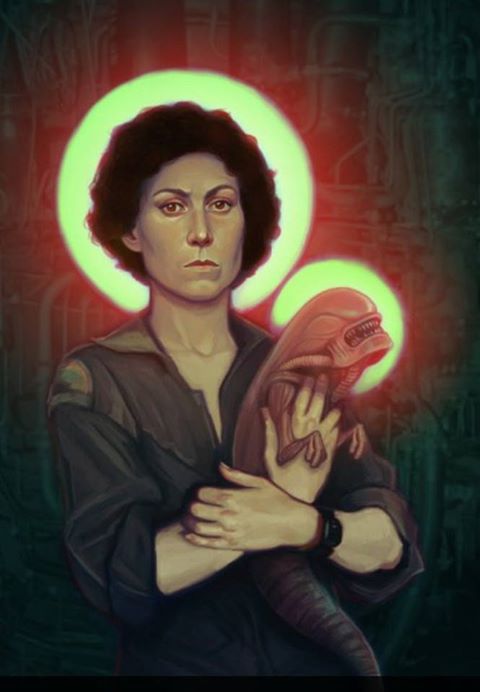 A few months before I posted this picture (right), I decided it was time to be a mother of a human. I wanted to better understand the connection that animals have when they carry their babies inside. So Paul and I decided we were going to have a baby and Nepal was the best place for this. After

Soon after we conceived in Nepal, we returned to Washington DC and I was so excited that I immediately did a pregnancy test but it was negative. I was sad and crying and I thought maybe was too late for me. I am not that young but I was really disappointed. A few days later we flew to Greece and that day at 4 am in Greece I had a dream: I dreamt that I was laying down and was surrounded by an indigenous tribe of women whose bodies were covered in a golden dust. A man was standing at my feet and was speaking to these women and giving instructions. Then a senior woman came carrying a golden thread and pushed the thread through my belly button and then pulled it out. The man then said, “Now he is inside and is safe.”I woke up and ran to the bathroom and did the pregnancy test and it was positive! I was SO HAPPY.

Paul was sleeping and I tried to wake him up and tell him the good news and he opened his eyes a little and I told him but I guess he was still asleep because he did bit react. I was so excited that I wanted to tell the whole world but for these kinds of things, a woman normally has to wait two months just to make sure the pregnancy is real. So I posted this image (right) to remind me of that day that my little boy who will be an animal lover, a happy human being and my “guru”, was now sharing his body with me.

THANK YOU UNIVERSE, THANK YOU KRSNA!

I am a very maternal person, I have been the mother of many non-humans for decades, and now with my human son, Bhimal I can fully realize the love I feel for each one of these animals. The picture depicts exactly the same love I feel for my human son, the desire to protect them, love them and to see them happy and free.
I am one lucky woman. 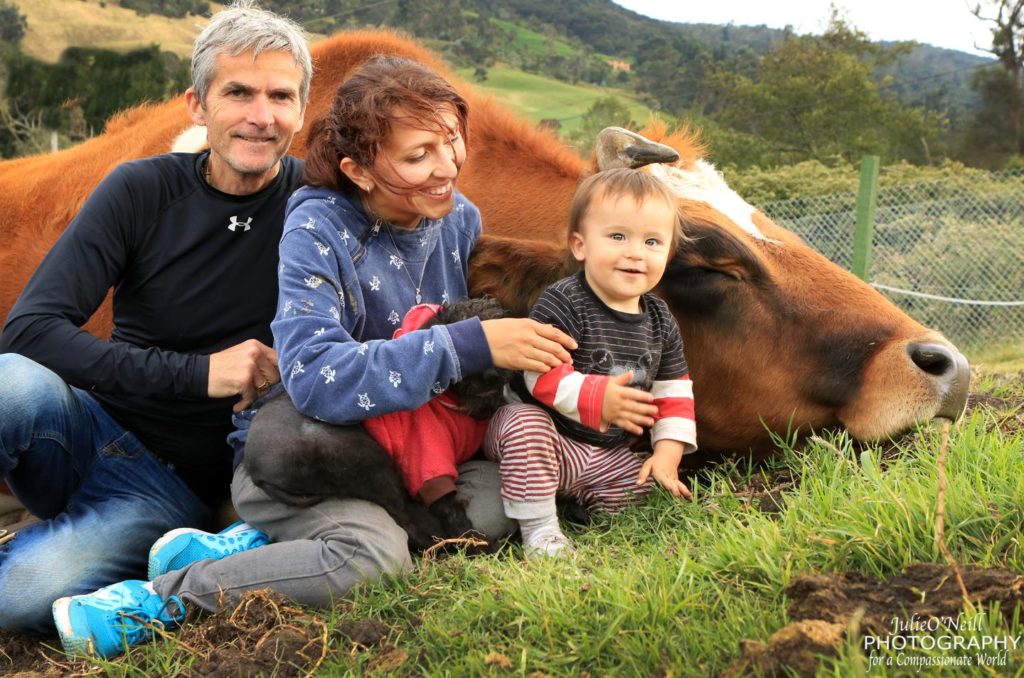 The Power of the Plate

A poem for Manju